"But that night, after the bonfire and the fireworks had faded, a wind grew and blew with gathering violence, blowing away the rain. And in the morning I found one of the laurelled posts torn off and lying at random on the rainy ground; while the other stood erect, green and glittering in the sun. I thought that the pagans would certainly have called it an omen; and it was one that strangely fitted my own sense of some great work half fulfilled and half frustrated. And I thought vaguely of that man in Virgil, who prayed that he might slay his foe and return to his country; and the gods heard half the prayer, and the other half was scattered to the winds. For I knew we were right to rejoice; since the tyrant was indeed slain and his tyranny fallen forever; but I know not when we shall find our way back to our own land."
- G. K. Chesterton

As the Associate Editor for Software Testing for IEEE Software magazine, I am always interested in article proposals. I am particularly interested in articles focusing on practical tools for test generation or debugging, e.g., applying security fuzzers to test "normal" code in systems, or using "research" techniques such as mutation testing in an industrial setting.

I am accepting PhD students to my software testing research group at Northern Arizona University (for Spring 2020). Please send resumes and cover letters to Alex.Groce@nau.edu. IMPORTANT NOTE: please do not send unless you have significant research interest in software testing specifically (I don't want people who are simply looking for a place to do a PhD, I want students interested in and aware of the field: if you submit a "random" application, I will likely just ignore it). In particular, bring either experience in testing in industry (with knowledge of code coverage measurement) or background in software engineering or programming languages as an undergraduate (research experience, ideally). Funding is available for good candidates. Python skills and statistical savvy a plus. 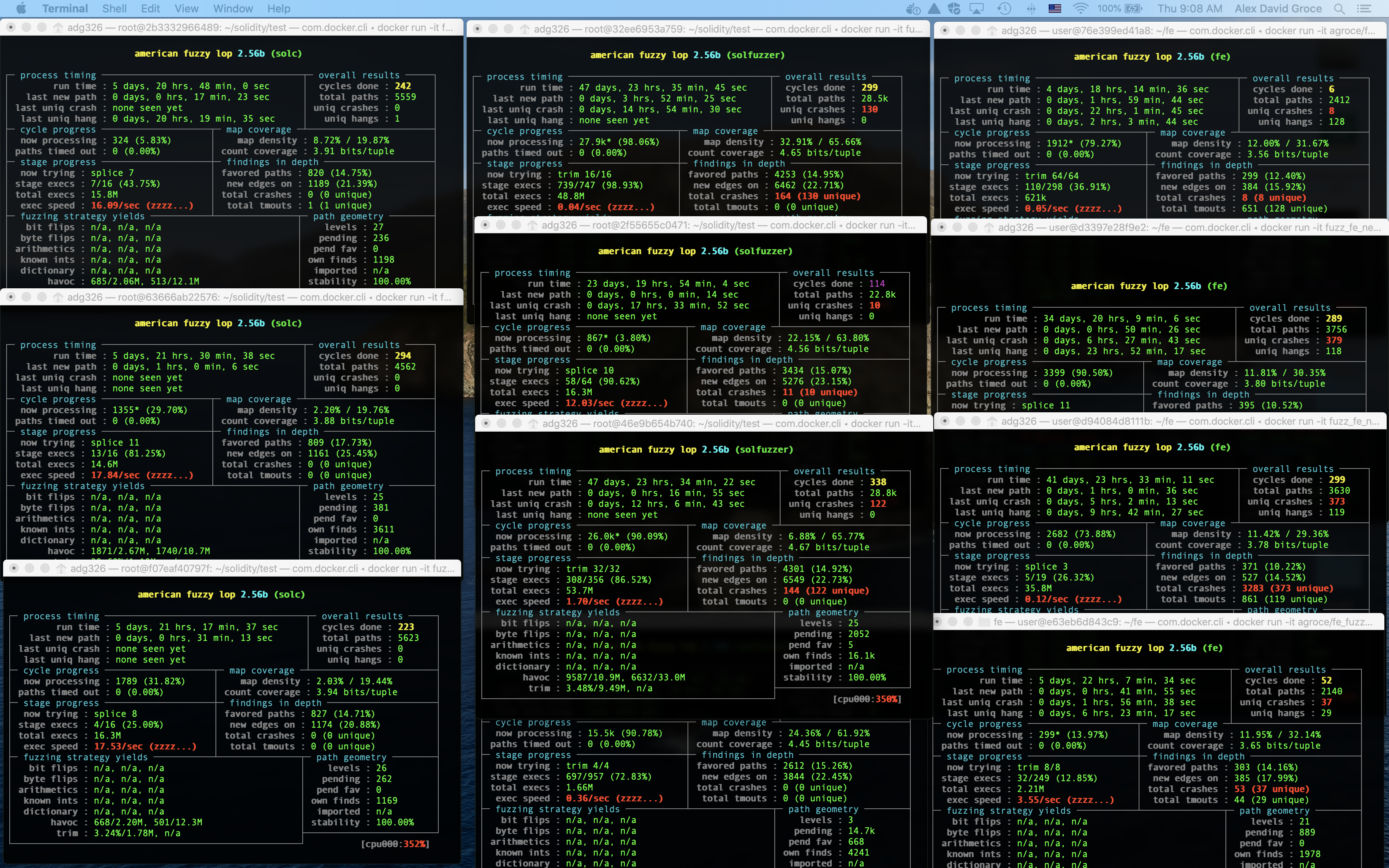 What I actually do...

(easiest way to see what I'm actually up to)

Comments and questions to agroce@gmail.com.

That day the stone edifices, the aged halls, oppressed me. Their weathered hides seemed to me not beautiful, as usual, but hideous. "The weight of history. I sometimes wonder why the past doesn't just crush us all."

He looked up into the sky, squinting at the sun. "The past is like air. Do you know how much a cubic foot of air weighs?"

"No. What are you talking about?"

"It weighs a little over a tenth of a pound. From you to the top of the sky, there are sixty miles of atmosphere. Sixty miles times five- thousand feet times one tenth comes out over thirty-thousand pounds. Maybe sixteen tons. But it doesn't crush you, does it?"

"No. Air weighs a tenth of a pound? I didn't think air weighed anything."

"Look it up. It doesn't crush you because it's distributed evenly, and the pressure under you becomes the same. That's why the past doesn't crush you--it spreads out--instead of crushing you, it lets you breathe. Without it, you'd die."

I thought about the song:
You load sixteen tons and what do you get?
Another day older and deeper in debt

"Either. Actually, there's another similarity: pollute the air enough and you'll die choking. A similar rule applies to the past." Having answered my question to his satisfaction, he began to walk again. I followed, and neither of us said anything else until we reached St. Benet's.

I long ago lost a hound, a bay horse, and a turtle-dove, and am still on their trail.